Bodybuilding vs Weight Training is a commonly asked and researched question? This article looks into some of the different but similar, subtleties each discipline has, as well as there deeper meaning regarding goal setting and conditioning outcome.

First: there won't be any over or underlying tones of prejudice towards either discipline in this article, I personally favor both styles and use them consistently in most of my training efforts.

Second: Weight training is an umbrella term used to define resistance training, as resistance is the simplest-universal-exercise-form to increase gravity's never ending pull on everything in our universe, and our body's muscles and tendons are not exceptions.

Similarities in bodybuilding vs weight training come in two forms

1.     Exercises in the beginning whether it’s bodybuilding or weight training are commonly (compound), in that these exercises work more than one muscle group simultaneously, whereby increasing greater strength and control over coordination and endurance levels

2.     Both exercise disciplines can also be used for weight-loss by regulating and maintaining body weight and metabolism. Weight training on its own will often produce similar results to bodybuilding – training with heavy resistance builds muscle as a byproduct of increasing tendon and bone stress. 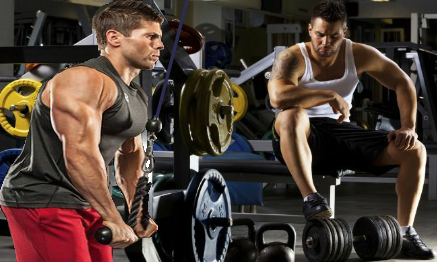 The differences between bodybuilding and weight training become greater as you advance – and even more so if he/she is competing in bodybuilding.

Where Would Weight Training Be Used?

The list of where weight training can be used is almost limitless, more commonly used in sports where strength and endurance are paramount.

The driving force of bodybuilding is competitive!

Weight training is the discipline used within a wide variety of training exercises to accomplish muscular cosmetics that are symmetrical, full, distinctly separated and almost shredded to the bone.

The mind set in Bodybuilding, especially if it’s competitive; is not about fitness, it’s about gritness

Bodybuilding is a discipline, where-by at least in the early years, increasing strength is the primary concern. Once strength and muscle size has been attained to adequate or proportionate levels a more isolative, refining style of training is commonly adopted.

Competitive Bodybuilding is almost purely cosmetic, simply because male/female competitors are judged solely on appearance. How much each athlete can lift or how high each competitor’s endurance levels may or may not be are of know consequence…

Judging is assumed - as these qualities should be noticed or reflected in each competitors physic.

Whereas Weight training - endurance, explosive-strength, speed and stamina over another competitor in your given sport (if you've been weight training), could very well be the game changer producing a winning result over and above your challenger!

Bodybuilding is a competitive sport of its own, it’s exercises, training principles and discipline are suited to cosmetically enhance muscle and reduce body fat. Bodybuilding over the years has borrowed and adapted exercises from weight training, But...

Bodybuilding in itself is also commonly pursued by millions of people young and old as a self-betterment, discipline to prevent ageing, increase bone strength, muscle enhancement and tone, as well as weight loss and longevity. 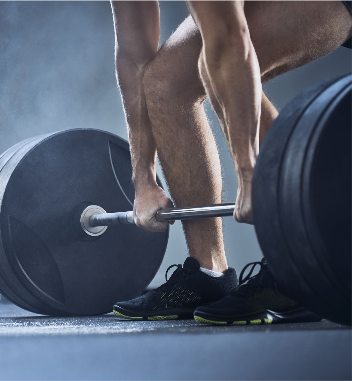 Weight training is like a universal language: Anytime you increase resistance and unify strength by forcing the body to adapt to new stress, will produce positive consistent results.

So, Bodybuilding vs Weight Training isn’t really the question, because the resistance is as inanimate as the exercises - it’s just cold, lifeless, resistance lying on the gym floor…

It’s the mind set, or the goal you set; that ultimately should decide training direction. If you’re after the beach bod, and not afraid of the hard work to achieve it, Bodybuilding would probably be the choice under the weight training umbrella.

The kool thing about weight training is, it’s (Universal); If your purely interested in increasing your favorite (sports’ performance), or maybe want to increase some general or extreme fitness and conditioning in your life: using resistance is the definition of weight training… because it produces results!