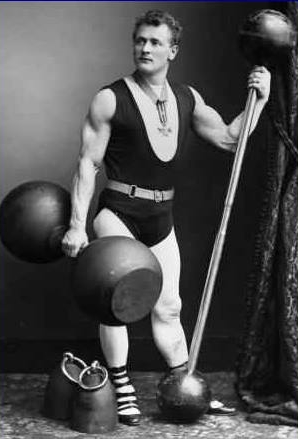 Weight lifting vs bodybuilding how are the differences defined? In this article I would like to go back to the beginning as this is partly about the men who historically trained using simple weightlifting principles.

So let's dive a little deeper and see some of the similarities and differences between weight lifting and bodybuilding and their athletic history's.

Around the beginning of the last century many of these gentlemen were using (Bell-bars) as seen in older photos, like those shown here.

Some of these were permanently fixed while others could be filled with sand or lead shot/pellets etc. and plugged, to increase/decrease resistance.

Another weight lifting tool commonly seen/used in older photos, was men using what we call today “dumbbells”; these in the day were referred to as the ‘kettle bell’.

Serving their purpose for certain exercises, but did not have the diversity and ease-of-use of the modern dumbbell.

These men were in their day, what the top ranked strongmen are of today. Men like the great Sandow; were revered and looked at as heroes of yesterday, their strength and muscular conditioning was admired by all: including the favour of the ladies.

Weight lifting vs bodybuilding does have some similar objectives and goals. However bodybuilders primarily use weight training to develop muscle size, shape and fullness, to be complete and distinct in separation.

Athletic strength is not the underlying concern for advanced bodybuilders like that of weight lifting.

Outside of the competitive bodybuilding arena, many of the everyday people that are weight lifting or bodybuilding never really compete, but instead use the sport and its objectives to not only develop muscular size and symmetry but...

also add to their quality of life through its fitness and dietary principles.

Bodybuilding Its History and Competitive Goals 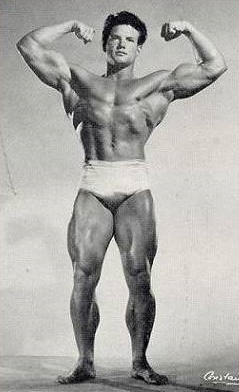 Bodybuilding and its history began to grow in the middle of the last century, then began emerging from the shadows and gained in popularity after the release of the movie pumping Iron, in the mid seventies.

The release of this new movie starring Arnie, including guys like Joe Weider and Bob Kennedy to mention only a few, all helped bodybuilding become main stream.

There where other great bodybuilders of the day from the 50's and 60's that starred in block buster movies that also brought weight lifting/bodybuilding to the cinema audience guys like, Reg Park and Steve Reeves to mention a few, also helped spark popularity toward bodybuilding.

As competitions began to grow in America and around the world at levels from amateur to professional helped make the sport known.

Bodybuilding began to receive a boost to the sport when certain networks such as (ESPN), began airing these events in the 80's, this of coarse helped the sport of bodybuilding grow even more.

Bodybuilding on its own is competition based, whether it is at an amateur or professional level...

Having said that; when something is made or becomes competitive, often the initial or original idea or goal for taking up the sport can become clouded by competition, especially; where cash and prizes are involved.

Because of this; drug use before and during competitions for some individuals can become rampant and uncontrolled.

So in point: bodybuilders that compete are training with the reason or goal in mind to maximize their muscular size, achieve a hard and vascular look by maintaining extremely low levels of body fat, for the purpose of winning the competition their entering.

Weight Lifting Its Uses and Goals 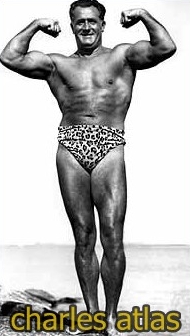 Within weight lifting specifically: the goal is to increase strength as well as muscle, tendon/connective tissue and bone mass.

Weight lifting is seen as the epitome to male masculinity - Whereas bodybuilding is commonalty seen in it's brighter fashion show lighting of being more cosmetic... but

before an opinion is made: there should be no illusions, both take an enormous amount of psychical and mental effort to see success in either discipline.

This is done with barbells and dumbbells, but also with the assistance of some machinery from which the first two forms of resistance cannot always reach.

Weight lifting would sit between power lifting and Olympic lifting as a distant cousin emphasizing strength, but without the clutter of competitive rules.

As a beginner, these are the core exercises most commonly practised. The core compound exercises should remind the lifter these represent the trunk of a tree, and isolation exercises would be the branches of it.

These branches are just that, they are the exercises branching off of the core exercises.

Weight lifters are encouraged to build strength and lifting skill in the basic lifts, whereas a mature bodybuilder will branch off to isolation work to increase his or her overall aesthetics and muscle refinement.

Compound exercises usually incorporate two or more muscle groups at any one time, as commonly seen in power and strength training exercises.

This can be witnessed in sports such-as power lifting or Olympic lifting, where raw strength and speed within the technique are scored on a point based system of form, execution and completion of poundage lifted.

But there are many sports; including the Olympics that weight training is used to develop strength and stamina, to mentally and physically enhance athletic performance.

Often for weight lifters, getting down to extremely low percentages of body fat: like those of bodybuilders is not sought-after.

Because weight lifting on its own is not a sport or competition based, beginners through to advanced are taught early on, the importance of goal setting.

Goals can be time, weight or strength based; making and setting these goals and achieving them, is what the weight lifter uses as his or her reward, not unlike the non-competitive bodybuilder.

At the end of the day weight lifting or bodybuilding is a discipline and not an easy one; often each athlete can be found training side-by-side as the exercises have similarities - it's often the goal that defines the end result...

Whatever the goals are, or how each person sets his or her goals: is not as important as striving toward the physical and mental effort of self-improvement.

The bodybuilding community over the years has adopted from history’s weight lifters: some of Its principles, techniques, and vocabulary even some of its customs.

Most of what history has produced in resistance training comes from the pioneers of Weight lifting, with it's variety and diversity using barbells and dumbbells the exercises are timeless classics, these are the game changers where strength is concerned; for all athletes at any level.

Whatever bodybuilding borrowed and used from weight lifting in its raw form has been given back to its own sport and weight training in general. We all use free weights and machines, as this form of resistance is easiest to develop muscle size and strength.

The bodybuilding community and supplement company's has produced a host of new R&D, with very usable information: from how muscle and cellular structure work and the kinesiology of these uses. A lot of positive feedback has resulted from bodybuilding.

Whether you're involved in weight lifting to increase strength or bodybuilding at a competition or lifestyle better-meant level, the sport of bodybuilding, even though highly commercialized, it's popularity has given back so much to everyone interested in lifting.

There are of course many similarities and parallels that cross and compare in weight lifting vs bodybuilding. Bodybuilding has not been around as long on the evolutionary scale as traditional weight lifting.

Historically the evolution of weight training has been around for sometime going back over decades even centuries.

But it goes back even further than that, even to the days of the early Olympics.

Advancements in new training Ideas and equipment, has given bodybuilders more freedom and creativity to target specific muscles and muscle groups. This obviously assists bodybuilders even weight lifters in achieving their goals.

Differences Between Weight lifting and Bodybuilding? 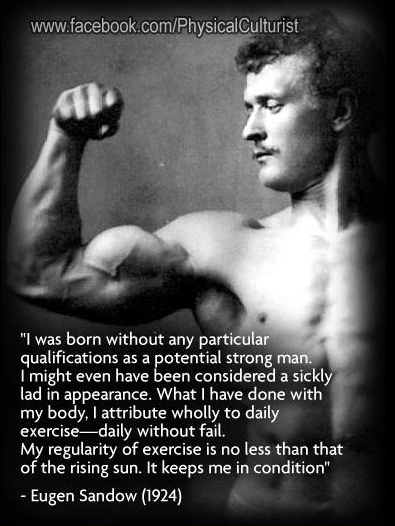 Bodybuilders and their training routines as they reach an advanced level will focus much more deeply on isolation based exercises to be more specific with each muscle group.

Bodybuilding primarily is competitively based while focusing on muscle size and separation often decreasing waistline and body fat percentages to represent the hour glass physic.

Weight lifting primarily is a life style: but, can also be used to enhance strength and reflexes for competitive and noncompetitive sports.

Weight lifting focuses on the specifics of the basic compound exercises to increase overall strength and muscular conditioning, without the close monitoring of body fat levels and is largely non-competitive.

The great Sandow was just one of many during the early part of the last century, who emerged as great strongman. Our bodies have been built on the foundation of these hard-working and gifted men.

A debt  of gratitude is owed to all of these great, strong and hard working men of the past; they have brought so much to weight lifting and bodybuilding, as we know it. As we all work towards each of our goals, I would like to wish every aspiring weight lifter and bodybuilder the best in all of your lifting endeavours.